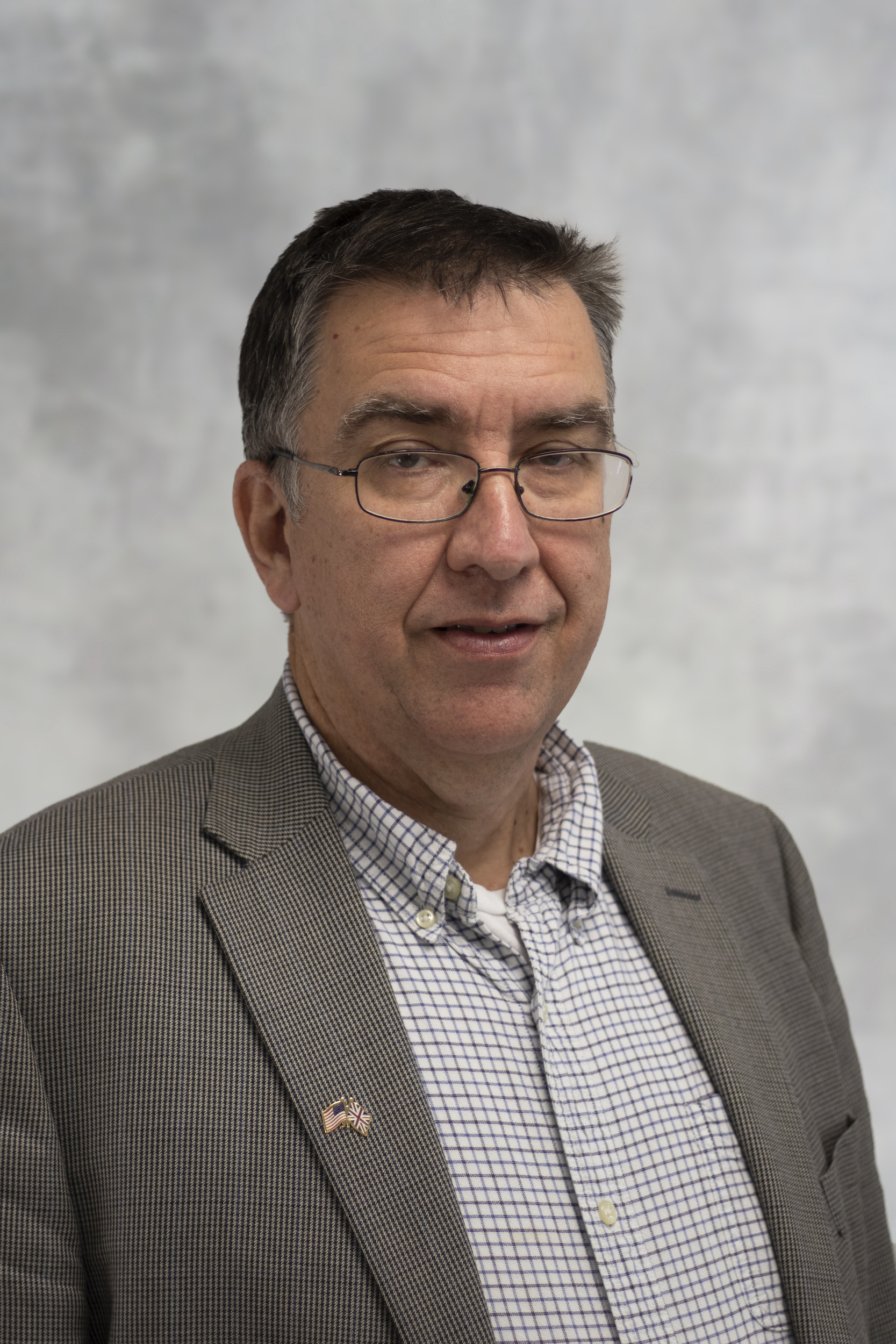 Division of Christian Studies and Humanities

Dr. Lilford originally comes from Norton, a small farming community in central Zimbabwe, where for three generations, his family raised tobacco and other crops. His parents immigrated to the United States, allowing him to complete high school in Shelbyville, Kentucky. While he has subsequently lived in larger communities, he prefers a small-town, rural existence, which is a factor that drew him to Mount Vernon.

Dr. Lilford has worked in the Research Triangle of North Carolina, initially as temporary administrator, before progressing to become a technical writer and process consultant. He cites this experience as proof that a degree in English can take you anywhere.

He has taught at universities in South Africa, North Carolina, Uganda, Botswana, and Trinidad and Tobago. His teaching experience includes remedial reading and writing, graduate supervision, and everything in between. He is an advocate for the Liberal Arts and the particular value of an English degree.

Dr. Grant Lilford is married to Reshoketjoe and they have four children and three grandchildren. They homeschool, which has been especially useful with all that moving about.

Interesting Fact About Me

"But what things were gain to me, those I counted loss for Christ. Yea doubtless, and I count all things but loss for the excellency of the knowledge of Christ Jesus my Lord: for whom I have suffered the loss of all things, and do count them but dung, that I may win Christ"
Philippians 3:7-8
Scholarly Work & Publications

2017
“The African Liberal Arts: Heritage, Challenges and Prospects” in The Evolution of Liberal Arts in the Global Age. Edited by Peter Marber and Daniel Araya. New York: Routledge. 150-163.

1997
“Allegories of Drought and Paradise in a Shona Narrative” in Cross-Cultural Voices: Investigations into the Post-Colonial. Edited by Claudio Gorlier and Isabella Maria Zoppi. Rome: Bulzoni. 113-153.

2014
“Madness or Mysticism? The Unconscious Ascetics of Power and Hunger” in Current Writing: Text and Reception in Southern Africa. Volume 26, Issue 2, 2014: Special Issue: Celebrating the 40th Anniversary of the Publication of Bessie Head’s A Question of Power (1973). 162-168.

1999
“Transformations of a Manfish: Changing Allegories of the Njuzu in Zimbabwean Literature” in Journal des Africanistes. Tome 69 Fascicule 1. Paris. 199-219.

2007
“Language and Curriculum Reform in Uganda” in LEAPnews: Newsletter of the Language in Education in Africa Project. Number 14, August 2007. Cape Town. 16-17.