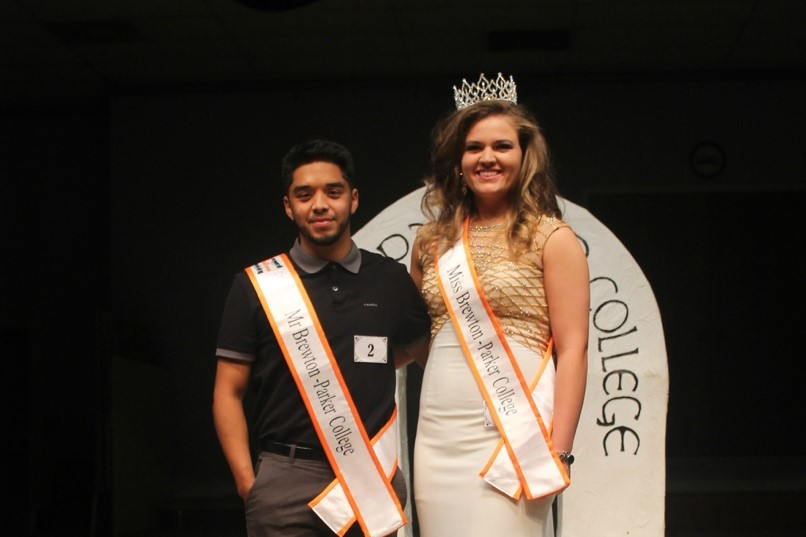 Huerta is a freshman criminal justice major from Atlanta, Ga. Starling is a freshman psychology major from Jesup, Ga. Both were selected for this honor by a panel of three judges. Along with their crown, each received a $400 scholarship, a trophy, and a sash.

Winners of the Interview Award went to Alejandro Huerta and Hannah Wright, who received a $200 scholarship and a plaque.

Winners of the People’s Choice Award went to Samantha Gidney and Alejandro Huerta, who received a plaque.

The Price Spirit of BPC Award, along with a $100 scholarship, was awarded to Morgan Brantley and Joseph Duke.

More photos are posted on the college Facebook page at www.facebook.com/brewtonparker.