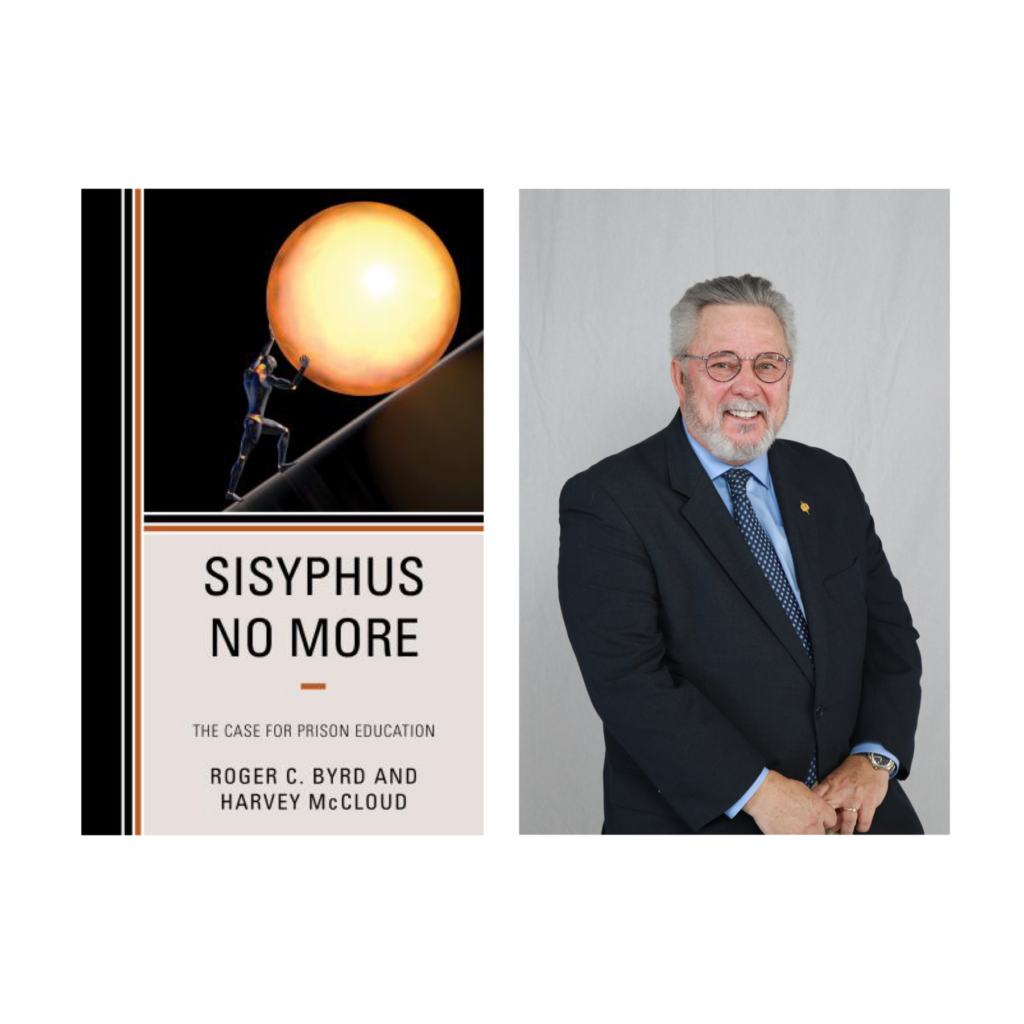 MOUNT VERNON — Brewton-Parker College’s (BPC) Associate Professor of Social Sciences and Director of Prison Programs, Dr. Roger C. Byrd, will have an academic book published by Rowman and Littlefield on December 15, 2020. Dr. Byrd’s upcoming book, entitled Sisyphus No More: The Case for Prison Education, will explore how prison education has many desirable outcomes for the inmate, their families, and the community as a whole.

Dr. Byrd began studying prison education while doing his doctoral dissertation and plans to use the book in his courses. According to Dr. Byrd, the title is taken from the story of Sisyphus in Greek mythology. For his sins, Sisyphus was compelled in the afterlife to roll a boulder up a hill only to have it break away and roll back to the bottom. Sisyphus did this for all eternity. The book’s cover, designed by Dr. Byrd’s wife, is an image of Sisyphus with a modern look. Dr. Byrd explained, “The parallel I was attempting to draw is the fact that inmates often never can fully complete their sentences because of the enormous obstacles they face upon release. Prison education helps to enable them to overcome some of these obstacles.” Dr. Byrd believes other instructors could use the book in classes preparing students to become teachers, policy-makers, corrections professionals, and community advocates.

Dr. Byrd plans to use the book in the Political Science department in the Criminal Justice (CJ) 320 Community Re-entry for Offenders course. BPC plans to add the book to its catalog of courses, and Dr. Byrd has been contacted by Ashland University, Georgia College and State University, and others expressing interest in using his book.

Currently, Dr. Byrd is working on a Georgia History book targeted for high school students called, There is My Country. The book will feature a collection of biographies of Georgians who made the trek west in the period immediately preceding and just after the Civil War. Included are the stories of “some very interesting characters (frontiersmen, soldiers, women, African-Americans, Native Americans, lawmen, and outlaws) that left the Peach State for various reasons and wound up on the American frontier,” described Dr. Byrd. A book of devotionals that Dr. Byrd has written over the years is also in the works.

Dr. Byrd plans to have a book signing for Sisyphus No More: The Case for Prison Education at BPC in early Spring 2021 as well as at Wheeler Correctional Facility. Dr. Byrd’s forthcoming book is now available for pre-order on Amazon and Rowman and Littlefield’s websites. Rowman and Littlefield typically publish heavily in the Social and Behavioral Sciences.