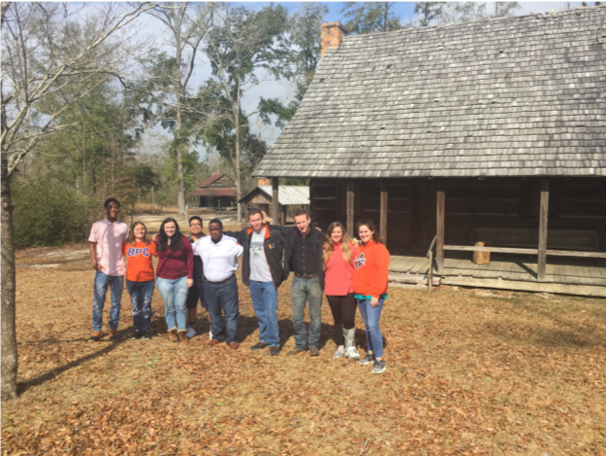 We had no idea what we were getting ourselves into when we signed up for a public history class. After the first week, however, we were taught about the field in general and told that we would be guiding tours through the Historic Village here at Brewton-Parker College. Our passionate professor, Dr. Allen, has guided and directed us in preparing the village for spring tours. Although we will be directing tours, it has been a pleasant learning experience for each of us. Aside from the context of the houses and original locations, we have been given opportunities to research the individual families who lived in the homes and howthey lived their lives. We’re certain the rest of the class would agree with us when we say that life in the nineteenth century was not very much unlike living in the modern world. The house where we start the journey is known as the Cooper-Conner house, recognizably the oldest surviving house in the county. This home was built by Revolutionary war veteran, Richard Cooper, who was assisted in construction by multiple slaves. The journey will continue at the Berry C. Thompson house. Thompson was born illegitimate, meaning the construction of his own home is an impressive demonstration of nineteenth century social mobility. Both homes are furnished with items from the period along with many smaller items that were likely utilized by people from the period. Located with the homes is a large pot and sugar boiler that was discovered with the Cooper-Conner House. We will be having tours on various dates throughout the month of April. You can follow our journey on twitter @ BpcVillage.